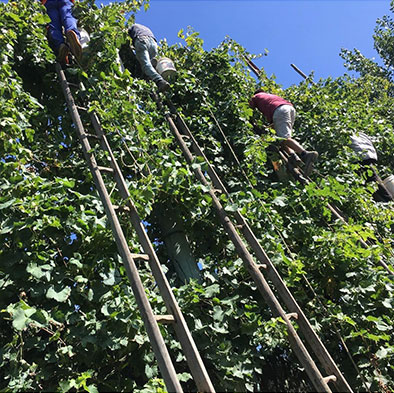 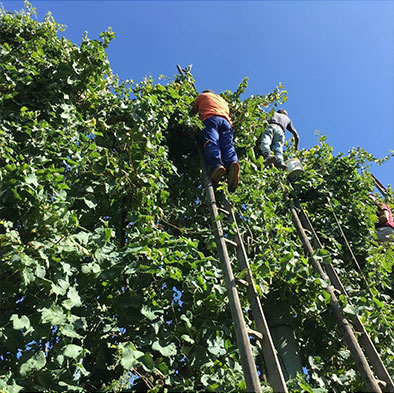 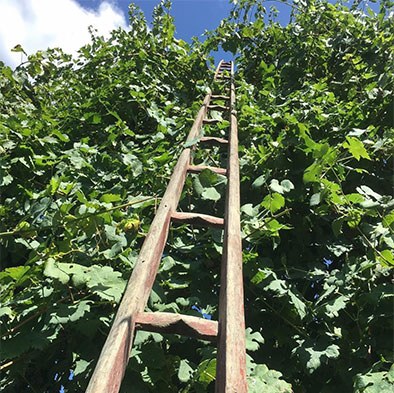 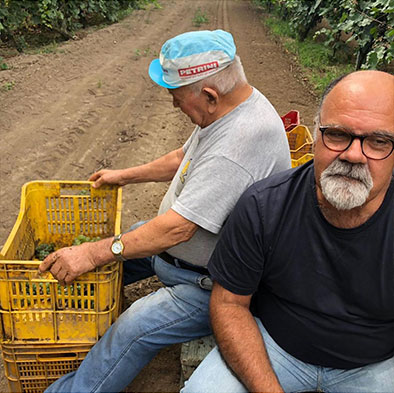 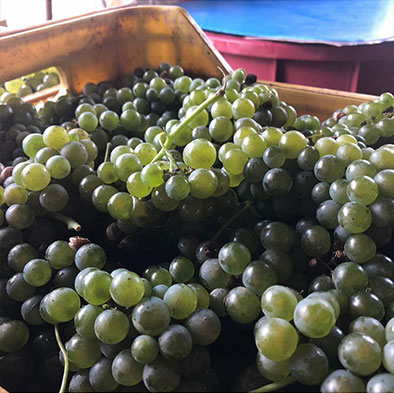 Brothers Vittorio and Michele Verzillo have always been passionate about wine. They are accountants by trade (in fact they have their own accounting business that they run together) but both have had formal sommelier training. Growing up in the province of Caserta, these brothers were familiar with the lore of the local but forgotten Pallagrello, Asprinio and Casavecchia grapes. When the opportunity came along to purchase a vineyard of Pallagrello, they knew they couldn’t pass it up.

Now in their 50s, it feels like this move into the world of winemaking has been something their lives had always been building towards. I’ve really enjoyed getting to know these two brothers over the years since their first bottling in 2016. They’ve approached winemaking in a truly humble way, willing to learn and listen to whoever will give them the time. Unlike so many of the folks around them, they do not have generations of family winemaking history to guide them, so at times they’ve leaned on those that do.

This approach easily led them into the world of natural winemaking, with their main focus on producing wines of place. The two and a half hectares they purchased were originally planted on 2003 in the village of Castel Campagnano, just down the road from Caiazzo (where you find our other producer Cantine Rao). This is such a stunning part of Campania that is very much influenced by the Parco Matese to the north and the Taburno to the Southeast, both of which provide a cooling effect to these vineyards. Here you will find medium heavy soil with layers of both sand and clay.

About an hour southwest of the land of Pallagrello and Casavecchia, the Verzilli brothers produce a pet-nat from the ancient Asprinio varietal, which is native to the village of Aversa. A trip to visit the vineyards here is like traveling back in time There a few sites where they grow these vines a few stories high, with the vines “married’ to a tree allowing them to reach for the sky. It’s said that this style of winemaking was perfected by the Etruscans, and it certainly continued through Roman times, as even back then Asprinio was a known commodity in the Roman world.

Of course there are very few vineyards like this left in Aversa but the Verzilli brothers have an in, allowing them to manage and harvest one row of vines, yielding close to 2,000 bottles. Michele was a witness at the confirmation of the vineyard owner’s son, and this family connection allowed these two producers a way in! Only in Italy.

Asprinio is a grape rarely made as a still white, rather it is preferred as a sparkler as it has racing acidity (particularly trained in this way in Aversa). It’s even said that during the Spanish rule of Naples, the Bourbons preferred serving sparkling Asprinio to their guests at court over the imported Champagne. Historically it was not uncommon to find the wine produced in the now trendy pet-nat style like they do at Aia delle Monache. 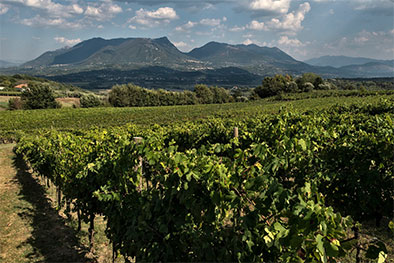 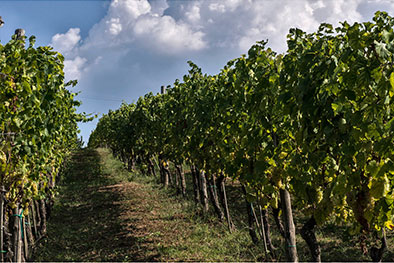 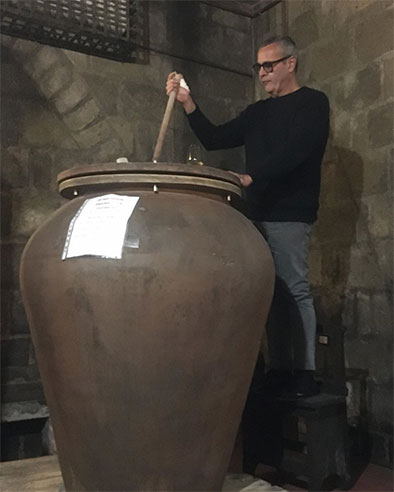 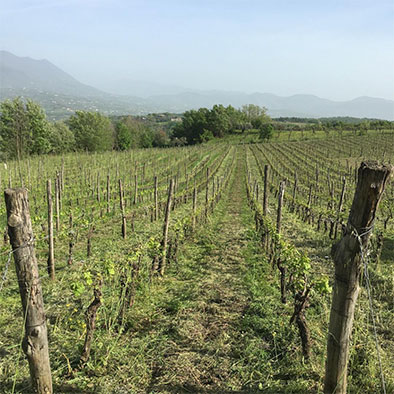 Currently the Verzilli brothers are making their winery at our friends Cantine Rao, which is a sign of the wonderful cameraderie in this tiny production zone. This also allows them to invest wholly in the vineyards to get their project off the ground. This a challange many small producers face as it can cost hundreds of thousands of dollars to build a winery, which is a huge investment in a business where margins are razor thin to begin with!

Production is somehwere in the vicinity of 15,000 botttles and they only produce the native varietals of the region: Pallagrello Bianco & Rosso and Casavecchia. You will defintely see more from these guys in the near future! 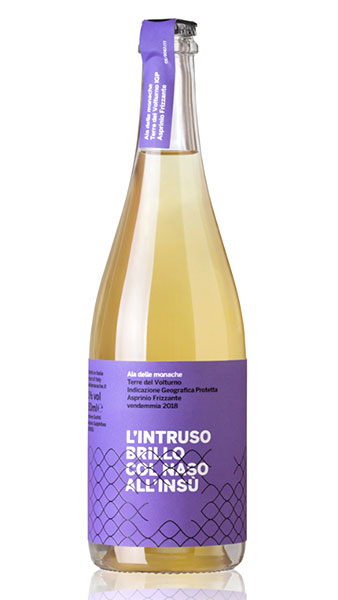 My favorite pet nat from 2018 and maybe one of the best I’ve ever tried. What I enjoy most is that it really hangs on to the character of the varietal and does not lack structure. You also get the feeling that this is one of the few grapes meant to be produced this way (everyone can make a pet nat but often it’s the grapes that dictate whether the wine is worth drinking or not.)

With this acidity how can we not say oysters, raw shellfish etc. This wine also has surprising weight and complexity so it doesn’t stop there. Just be sure to enjoy this in good company! 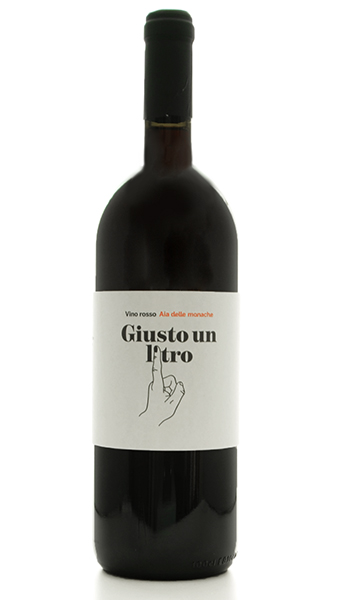 Vittorio and Michele are just as adventurous as they are dedicated to respecting local history.  No better example than this, a shorter maceration and earlier harvested, fresh expression of what are typically more intense grapes.  Notes of red grapefruit, orange blossom, and fresh plum jump out on the nose, with a hint of chewy red fruit from the Pallagrello and earthy, spicy notes from the Casachecchia.

Lasagna comes to mind, ricotta and some meat pairing well with the tart but balanced acidity.

Grapes are harvested earlier, maintaining higher acidity and not as ripe tannin.  The grapes will ferment separately on indigenous yeast before coming together in the bottle. 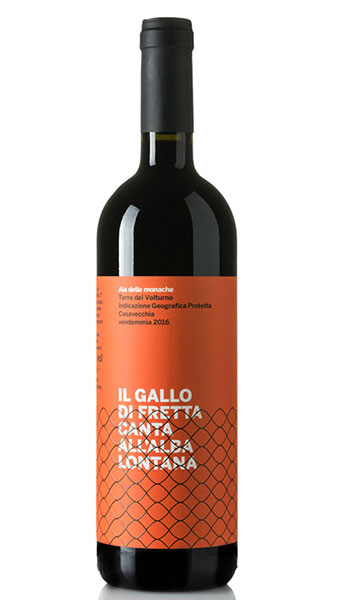 A more approachable style to a tannic, full bodied varietal (this can give Aglianico a run for it’s money). In fact, this is why the wine is declassified as it does not do the cellar time required by the DOC.

From pasta al pomodoro to anything on the grill. Great also with charcuterie.

Native yeast ferment, 7/8 days on the skins to limit extraction and yield something a bit fresher. From there the wine is divided in thirds and aged in 8/10 HL barrel, stainless steel and anfora. The three parts eventually come together in the bottle before release.

SHOW ME THE PHOTOS
Page load link
Go to Top