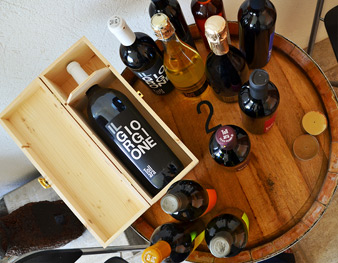 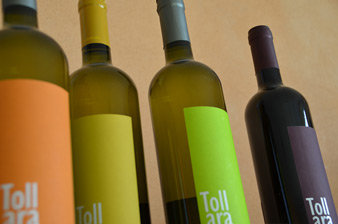 It was a rainy foggy morning in Emilia Romagna when I set off with my girlfriend Kelsey and 3 very good friends of mine from my MBA program. I love finding hidden gems in Italy, and Emilia Romagna is full of them, with tons of tiny little castle towns to chose from.

After a quick pit stop at the largest European antique market in the castle town of Fontanellato, we were set to visit one of the “most beautiful small towns in Italy,” Castell’Arquato. From there, we planned to eventually visit a winery in Piacenza.

Upon arrival to Castell’Arquato (just another castle town!) we were not only greeted with a sunny day, but also a local wine festival! I had been fortunate enough to “stumble” into many of these, just by pure luck, and each was equally gratifying.

We met Federica and Mariolina, the owners of La Tollara, at the Monterossa Wine Festival, and immediately I knew I had discovered something truly special. La Tollara was a new winery on old family land, run by young energetic women who had a contagious passion for winemaking. They are very small producers in a region called the Colli Piacentini, a very intriguing section of Emilia Romagna that deserves more attention.

The wine that struck me as being so unique was an amarone style wine called Il Giorgione, with packaging as in your face as the wine itself. Il Giorgione is made from Bonarda, locally called Croatina, and undergoes a few months of “appassimento” before spending at least two years in oak.

The wine seemed so natural to me, like a wild, mysterious take on a grape that people outside of Piacenza rarely give much thought to. It was wine as it was meant to be, wine that gave you a clear indication of where it came from and what it represented. This sentiment is always echoed on my frequent visits to this incredible town and winery. Over meals shared with Federica and Cristina, discussion always leads to the idea of going against the grain. They have committed to quality and authenticity without compromise, which does not go unnoticed. 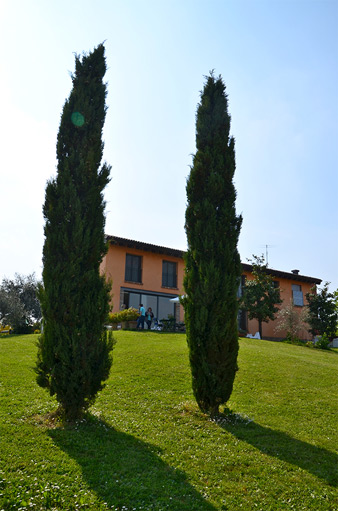 La Tollara was started by three sisters in the early 2000s on old family land just outside of Castell’Arquato. The family had a small existing, but the sisters have recently planted new vineyards with the help of their trusted enologist.

Encouraged by their entrepreneurial parents, the Bolzoni sisters (this is their family name) learned from square one the art of winemaking. Federica went back to school and studied enology, and all three spent time with local farmers from the area, soaking up all that they could.

Currently the property has six hectares of planted vines, with a focus on varietals native to the hills of Piacenza like Malvasia, Ortrugo, Barbera and Bonarda. This was an easy decision made by the sisters. The bravest, however, was the decision to make an Amarone style wine from Bonarda. 2005 was the first crack at that, which I tasted a sneak preview of at the festival in Castell’Arquato!

La Tollara was started to promote what is native to the Colli Piacentini. The winery is not certified organic, but the sisters work to create this type of environment in their vineyard. They use absolutely no pesticides, instead choosing to grow different plants and legumes between alternating rows of vines on alternating years. They also have a “worm farm,” a part of the vineyard where they actually RAISE WORMS! Crazy, but these worms will help naturally fertilize and give oxygen to the soil. They are convinced that they have created a unique ecosystem at their tiny farm, and they do all they can to respect the environment and be true to the history of their practically unknown region. 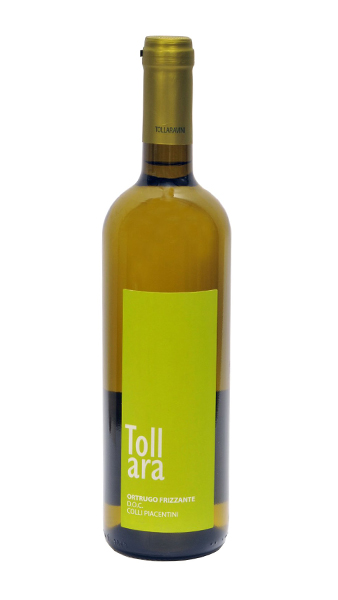 Ortrugo is a local grape of Piacenza, made in sparkling, frizzante, and still forms. The wine was often disregarded, but with is bright acidty, tart green apple, peach and white flowers, its is a somewhat riper alternative to the local Malvasia. This frizzante has some RS, making for a pleasant sparkling wine that is well balanced.

Vines excel here in this somewhat infertile soil, and harvest occurs in late September. Fermentation occurs in autoclave, the wine reaches about 12% alcohol. 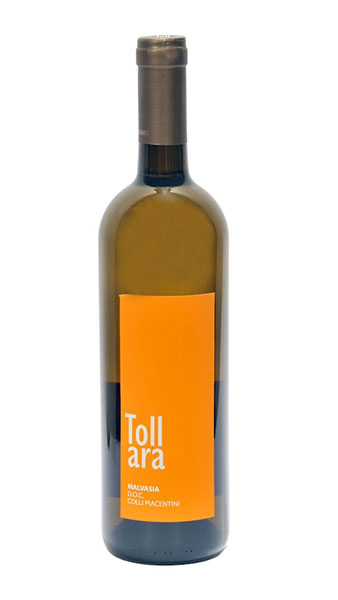 This clone, Malvasia di Candia Aromatica, grows locally in the hills of Piacenza, is aromatic is it sounds. Bright citrus fruits and a well balanced wine, thanks in part to a percentage of the grapes partially drying to achieve more ripeness.

About a third of the grapes will undergo 10 days of drying (appasimento) in their crates outside of the winery. The wine will eventually ferment to dryness and age in stainless steel before bottling in late Spring. 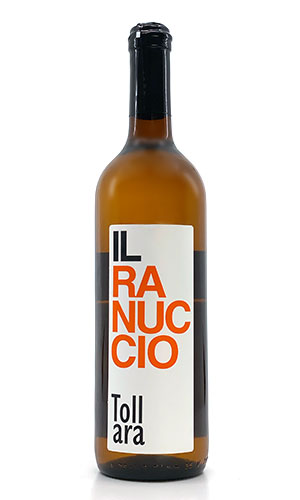 Meet Tollara’s first orange wine! Il Ranuccio is named for Ranuccio Farnese who was named the duke of Parma and Piacenza at the age of 15 by his grandfather the Pope in the early 1500s. It’s a really fun orange wine as you still get tons of stone fruit, tropical fruit and flowers from the expressive Malvasia grape but then after being open for a bit the wine starts to become tangy, tannic and more well, orange.

I would try this wine with all kinds of spicy food, aged cheeses and how about a hawaiian pizza?

Il Ranuccio is a product of 3 days of skin contact in stainless steel tank and a fermentation on native yeasts. From there the wine is “forgotten” in stainless steel until bottling in May. Given this is their first attempt they do filter the wine ever so slightly, which they defined as a third of what they do for their regular malvasia. Just enough to filter out and large solids and ensure the wine does not referment in the bottle! 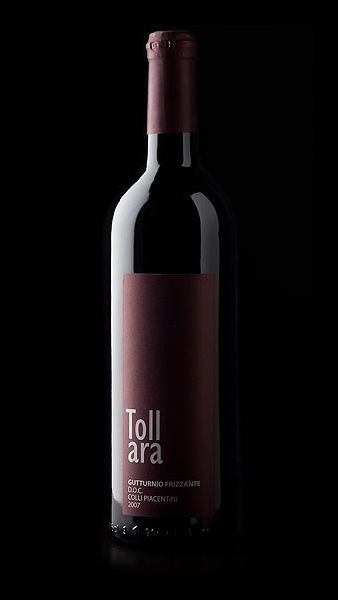 Gutturnio is the pride and joy of Piacenza, and this combination of Barbera and Bonarda creates some very dry still and sparkling wines. This wine has a unique homemade factor that feels so authentic, like you are drinking the same wine families have shared with each other in this region for hundreds of years. Despite being dry, you are also hit with some nice gushing dark fruit and a really intriguing herbal, licorice factor that tends to linger. This wine is relatively simple, fresh and has some nice acidity, one that intrigues you from the first glass.

A perfect wine for the food of Emilia Romagna and its endless meats and cheeses. Focus on cheeses with a little bit of aging to them to stand up to the wine. Also a nice wine for a piece of grilled chicken or a turkey burger!

Grapes are harvested by hand in the second half of September. The goal is to harvest when the grapes have a nice level of acidity and less sugars in order to make a nice sparkling wine. After, de-stemming and maceration ensues for about 7 days. Fermentation occurs at a temperature of about 70 degrees Fahrenheit. Post fermentation, the wine is moved to steel autoclaves where the second fermentation occurs and the bubbles are created (charmat method). 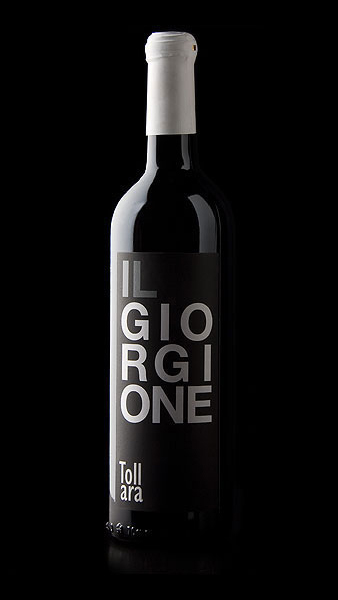 A wine that is quite rustic, intense and unique on the nose, this is a wine that truly represents terroir. The wine doesn’t undergo filtration and thus the sediment at the bottom of the bottle is a sign of authenticity. Please decant! A wave of black fruit nearly overwhelms the palate with a sensation of sweetness. This sensation is met with alcohol and tannin that nicely balance the wine. This is the better way to drink Amarone! Only 2,400 bottles made, so get it while it lasts.

Harvesting Period: The beginning of September

Grapes are harvested by hand and are then subjected to an appassimento for about 2 months, where the grapes lay out above the cantina, shrivel up, and become very concentrated. From there, the wine ages for at least 2 years in oak barrels and will spend another few months in the bottle before release.

Continuing in their pattern of unique and innovative wines, Fra Diavolo is taking Il Giorgione one step further.  A passito wine made from further dried Bonardo grapes, it is dark and rich, and the style of Sagrantino passiti from Umbria.

Aged cheeses, chocolates, or see their recipe for chestnut cake (Pattona) on the link to their website

The grapes are harvested and kept in bins within Tollara’s well ventilated attic above the cellar.  They will dry for about 4 months until they are pressed in a traditional wooden press.  The juice will age for 24 months in barrique, reaching usually about 11% alcohol,  before bottling.