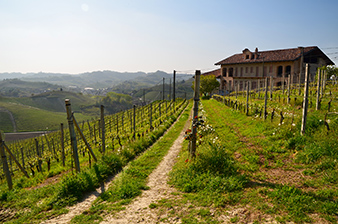 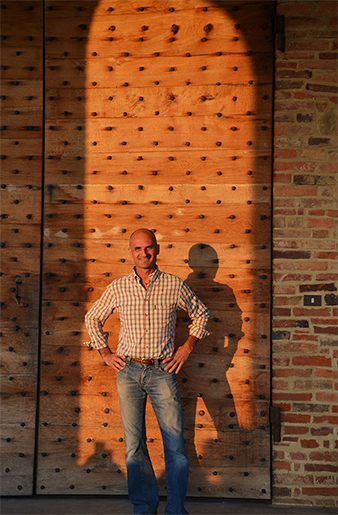 Nestled inside a valley that was inhabited by the ocean eons ago, one will find the Roero. Within this small region of Piemonte is Negro Lorenzo, a truly great representation of all things Italian wine. Lorenzo is a young guy like myself, and even though he does have a few years on me (don’t tell him I said that) he is one of the most hard working winemakers I’ve ever met. Every time we get together, I am reminded of all the fortitude and discipline I will need to establish my own business. I am also reminded that as romantic as wine can be, that there are a lot of challenges involved, particularly when you are trying to build a brand.

Negro Lorenzo is located in Monteu Roero, in the Langhe region, north of Alba and the famous Barolo/Barbaresco territory. Roero is a territory that is unlike Asti or Barolo in that it is jagged and rough around the edges.

The winery overlooks a very dramatic and beautiful valley. Throughout the countryside here, you can clearly see where the ocean once receded from, as the valley is cut out as if by a knife.

At Negro Lorenzo, they have been making wine for over a hundred years. In fact, Lorenzo’s grandfather of the same name and his two brothers carted wine from where today’s winery stands to Turin and Cuneo to sell at the local markets. In the last ten years, however, Lorenzo has recently decided to bring this production to another level with the creation of Negro Lorenzo.

The sandy soil full of marine fossils leads to more elegant wines compared to the surrounding zones. In fact, the scallop shell that is on the label of all of Lorenzo’s wine was found while planting new vines. The fossils are apparent inside the cantina as well, where the wines are aged. Fossils are part of the actual foundation of the building and a constant reminder of the history of this land.

With each visit, a glass of wine is always enjoyed overlooking the Roero on the patio. This is followed by a coffee made by Lorenzo’s mother, who constantly reminds Lorenzo of his roots while sharing photos of his childhood. A drive around the area to see the chestnut trees, peaches, apricots and plums is always important to understand the diversity here and how the terroir can contribute to the incredible complexity of each wine. 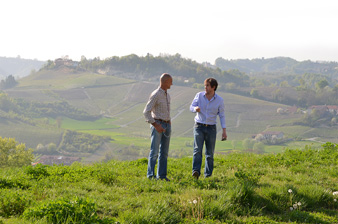 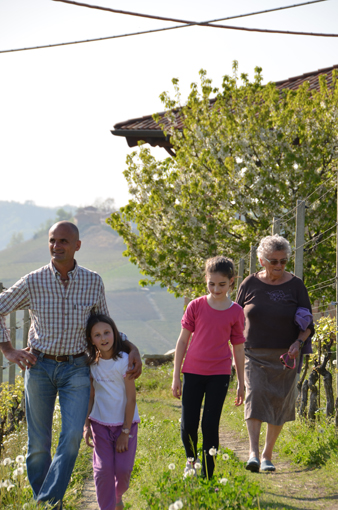 Many times we will hear how a wine is a reflection of the winemaker themself, and that could not be more true than in the case of Lorenzo’s wines. Lorenzo will always remind us about this connection when saying “My name is in on the label, so this wine represents everything that I stand for.” The consistency and integrity of his wines is a direct result to his diligence and talent. On Nick’s first trip there, he accompanied Lorenzo on a beetle hunting trip through his vines in the middle of the night. James’ first encounter with Lorenzo was to him manually sharpening his sheath that he would use to hand cut the grass growing in between rows. This intensity and attention to detail can be observed throughout the entire winemaking process.

Lorenzo’s vineyard is wild, but yet not untamed, as like much of the Roero. After driving around the almost barren Barolo, Lorenzo’s vineyard site seems like a much more natural habitat for grapes to be grown. Lorenzo can be stubborn, like when he chooses not to associate himself with the up and coming organic and natural wine movements. His wines are certified sustainable (organic as they come in my opinion), but he does not believe that real wine is made through certificates and fads. Take a look at his homemade fertilizer pile that is kept fresh by thousands of worms, that is as natural as it gets! He has plantings of Nebbiolo, Barbera, Arneis, Dolcetto, and Bonarda. Each individual row of vines is selected based on soil composition, so you may have one row that has heavier clay with Barbera, only to have Nebbiolo and a sandier mix of soil right above it.

Lorenzo is still completing the reconstruction of his family’s old cellar, one step at a time. In his finished, temperature controlled portion of the winery, he has a mix of concrete, stainless steel, French oak, and Slovenian oak. His diligence is evident in the winery, as he is constantly tasting and analyzing his wines over their evolution. He is a very well respected wine maker within the Roero, and he is always open to both give and receive advice from nearby peers. A wine judged to have too much fruit will be switched to smaller oak for more tannic influence, a wine with too much grip he will transfer to cement to let rest. There is always work to be done within the winery, especially since he took on the new challenge of his Classic Method Arneis. The constant tinkering combined with his natural ability leads to some of the most consistent and beautiful wines coming from the Roero. 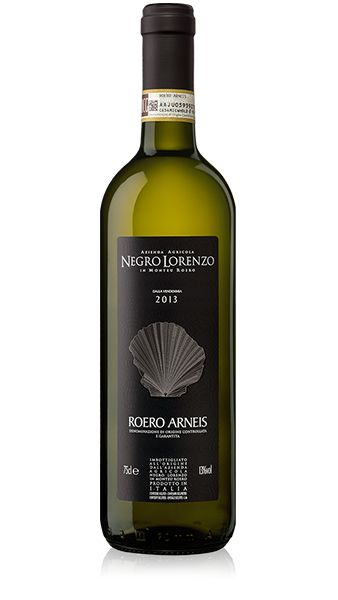 The best versions of this wine come from the sandy soils of the Roero, which give a gorgeous minerality to this wine that you won’t find elsewhere. Lorenzo’s Arneis is therefore a true expression of terroir. White flowers, chamomile, pear and apricot. Well balanced, medium bodied wine. One thing worth noting is that Lorenzo releases his Arneis almost a year after his fellow producers as he believes this wine benefits from time in the cellar.

Harvesting Period: Mid September. The wine ferments with selected yeasts in temperature controlled stainless steel. After fermentation the wine is racked into another stainless steel vessel where it will age on the fine lees until Spring. The wine is bottled in late Spring and will age several months in the bottle before release.

Grapes are hand harvested, destemmed and pressed. Wine ferments in a temperature controlled environment to maintain the wines aromas. The wine is left of its lees over the winter months to add body and structure.

2010 was the first vintage produced by Lorenzo and was done so in a very limited quantity. Don’t worry, this wine is so good that there will be more for everyone for years to come. For a first attempt, this wine strikes an incredible balance, making it so easy to enjoy. Encapsulating the minerality that is Arneis, the spumante also shows off some great fruit and floral notes. Tiny bubbles linger in the glass with an acidity that cleans the mouth better than Listerine.

This wine is created following the Champenoise method, with second fermentation in the bottle and aging on the lees for three years before disgorgement.

If and when Lorenzo decided to make a rose, he was going to do so with a lot of thought and creativity.  The wine is made purely of Nebbiolo, but with different levels of ripeness.  The first 70% are grapes harvested at traditional time for rosato wine.  The last 30% is with “Sanmartin grapes”.  These grapes are bunches that are left on the vine, not considered good enough for high end red historically, that would be harvested by the poorer folks in the area to make a higher acidity, almost tart red.  Now, when used in rose by Lorenzo, the grapes give a nice brightness and acidity to a rose that is true to Nebbiolo, delicate tannin but still plenty of refreshing and beautiful fruit.

Vibrant enough for an aperitif, but surprising structure for rose that will pair well with pizzas and grilled pork. 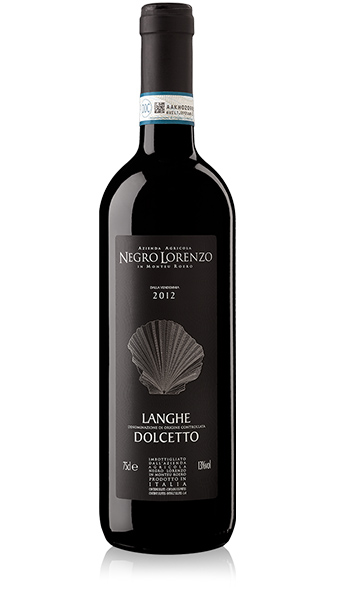 Hints of spiciness on the nose, and smells that are very ‘grapey’. This Dolcetto has mesmerizing sweet tannins and a bit of wildness to it as the wine evolves, with a bit of almond on the finish. Well balanced, fresh and persistent.

Hand harvest, 6-8 days of fermentation. Wine is then moved to steel tanks for 10 months where it undergoes malolactic fermentation before it is bottled the following summer. It will spend at least another 6 months in bottle before release. 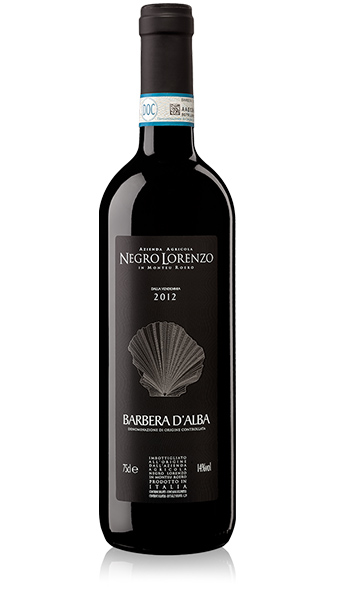 Great cherries and spice on the nose. Soft, smooth pleasing wine where cherries, blackberries and spice follow suit on the palate. The sandy soils of the Roero help give this wine a lively acidity that is tough to match. Refreshing even in the summertime!

• Barbera is known as the perfect pizza and pasta wine and I won’t argue with that!
• Bollito di Manzo
• Flavorful soups
• Medium aged cheeses

Temperature controlled fermentation for 10-12 days at 27 degrees Celsius. The wine then rests in steel tanks until the following summer before bottling. 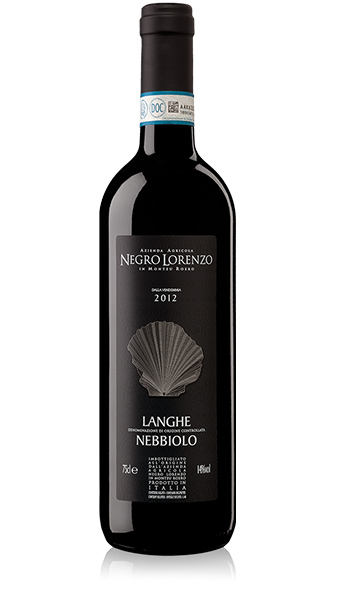 This Nebbiolo hits you with raspberries, strawberries and prunes. A soft Nebbiolo from the sandy soils of the Roero. Aging is done in steel and cement. This wine has a tannic grip, but nothing that can’t be tamed with food. Medium bodied, soft and inviting.

Harvesting Period: mid to late October (Nebbiolo is usually late to the party!)

Grapes are hand harvested, temperature controlled fermentation and maceration on the skins for 10-12 days. Aging occurs in steel tanks and cement for about a year, bottling follows. 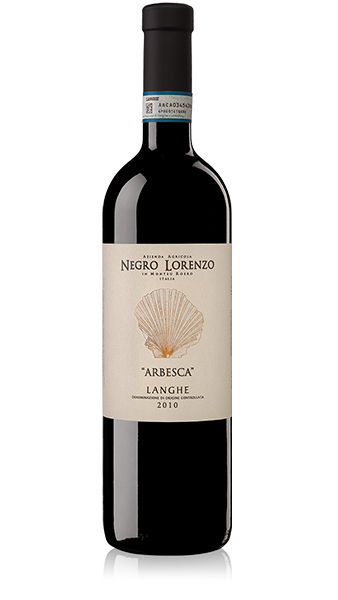 Meet the newest wine in Lorenzo’s arnsenal a wine from 100% Albarossa. I spent my fair share of time chasing down different bottlings of this grape all over Piedmont so when Lorenzo told me he was going to bottle this I was super excited. Albarossa is a crossing of Barbera and Chatus that was created in the early 1900s. There are very few monovarietal bottlings of this grape around and we are proud to carry two of them (see Rocco di Carpeneto page). What I love about Lorenzo’s expression is that this wine oozes the juicy fruit and brightness that make this grape so appealing.

Fermentation and maceration on the skins for 15-18 days. The wine is moved to small oak barrels where is undergoes malolactic fermentation and where it will lie for 18 months. After bottling the wine will spend 6 months resting before release. 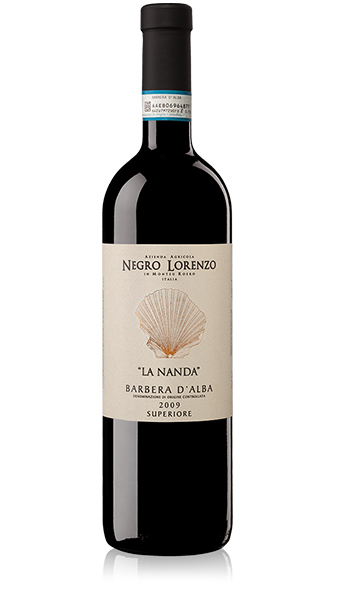 Currently I have the 2007 Riserva stateside. This wine is unbelievably fresh, with a lively acidity and structure. It is super smooth with nice round layers of cherry, black fruit and spice. This wine undergoes oak aging, but the oak is hardly noticeable. Barbera in its finest form! 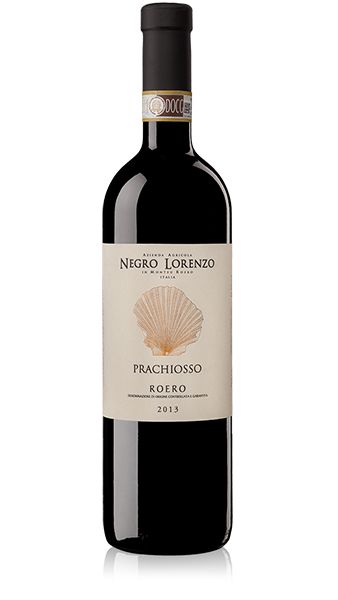 Introducing a “baby Roero” that is an avenue for Lorenzo’s highly sought after Roero Riserva to spend more time in the cellar while still giving us a wine that delivers on the unique complexities of Nebbiolo from the Roero. 2013 is the first vintage of this wine and we expect this wine to deliver the goods around 4 years after harvest. The wine gets its name for the vineyard site the grapes are pulled from that is essentially the edge of Lorenzo’s property that abut his cousins vineyard who are the only other winery with holdings located on this Cru.

This wine sees oak where the Langhe Nebbiolo does not. I would suggest classic Nebbiolo pairings but don’t be afraid to pair it with lighter fair as it ages.

As opposed to the Roero Riserva the Prachiosso ages for 18 month in 25HL barrels. 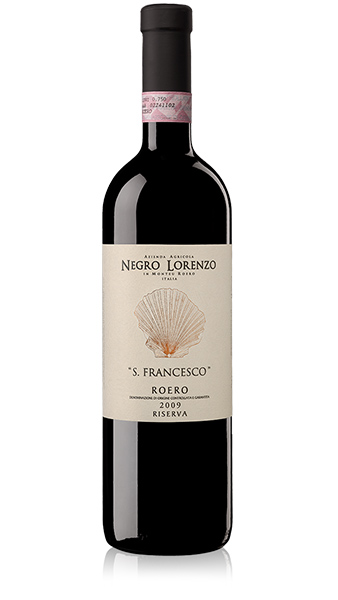 Very nuanced expression of a Nebbiolo, with an elegance only found in wines from the sandy soils of the Roero. Tannins are sweet and velvety instead of harsh. This is meant to be a Nebbiolo you can both consume immediately and one that can stand up to several years in the cellar. Prunes, roses, hints of spice and vanilla.

After hand harvest the grapes will undergo about 20 days of maceration. The wine will settle in stainless steel until being moved to oak where it lies for three years. The first year is spend in small French barrique, while it ages in large 25 HL barrels for the remainder (mostly French). There is another two years of bottle that separate this wine from release.