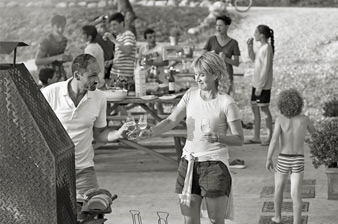 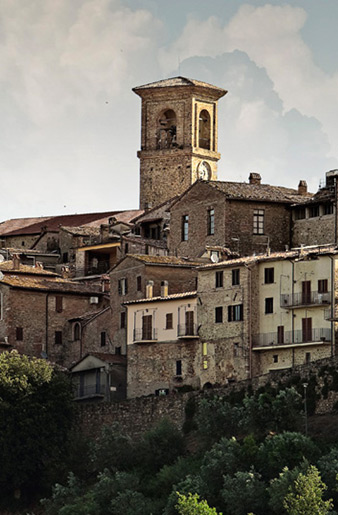 Lorenzo De Monaco and his winery La Segreta are a combination of a few of my favorite things: indigenous Italian varietals and a touch of Boston. After spending some time operating Italian bike tours from Massachusetts, Lorenzo and his wife Eileen, a native Bostonian, decided to head back to Lorenzo’s home country to start a winery.

After renovating some beautiful country homes between Todi and Perugia, Umbria, and eventually planting vines in 2008, La Segreta was officially established. To arrive at La Segreta, “the secret”, don’t bother bringing a GPS, as you won’t be able to find it. Set on a 70-acre nature preserve, it is a hidden gem, surrounded by the gorgeous Tiber River Valley. Lorenzo and Eileen initially began inviting friends and family to stay and explore Umbria with them, and after rave reviews, initially began with property rental.

They both discovered a passion for the local wine, with their focus on Sangiovese, and along with the help of their young local enologist Salvatore, planted vines in 2008. Eventually I fit in, as Lorenzo and I were introduced by a local Bostonian friend. After a few visits to La Segreta and establishing a friendship with Lorenzo and his beautiful family, I decided to work with his outstanding Umbrian wines. 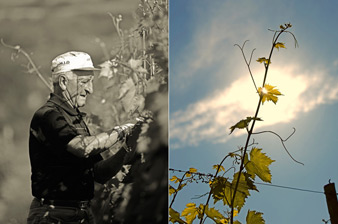 About a five minute drive from where their home and olive trees, one will arrive to La Segreta’s vines.  At about 300 meters are nearly five hectares of vines, primarily Sangiovese along with a few other local varietals: Sagrantino, Malvasia Nera, and Colorino.  What initially caught my eye was the terrific southwestern exposure, along with the terrific condition of the property.

Everything is done by hand, and the land is farmed based on a mixture of organic and biodynamic principles.  It is an interesting property, with barley and clover planted between rows to provide more nitrogen, avoiding the use of fertilizer to further stress the vines, and the constant threat of wild boars looking for a snack.

Watching Lorenzo and Salvatore communicate and work together is quite exciting, as both are young and willing to experiment.  After initial consulting with a Tuscan agronomist, everything is in the hands of Lorenzo, Salvatore, and Eileen.  Some of the experiments includes different blending of the 4 sub species of Sangiovese they have in their vineyard.  How to best tame the wild and finicky Sagrantino is also a work in progress, with a 100% Sagrantino to be released soon.  The winery continues to grow, with the recent planting of a local Grechetto by their home. 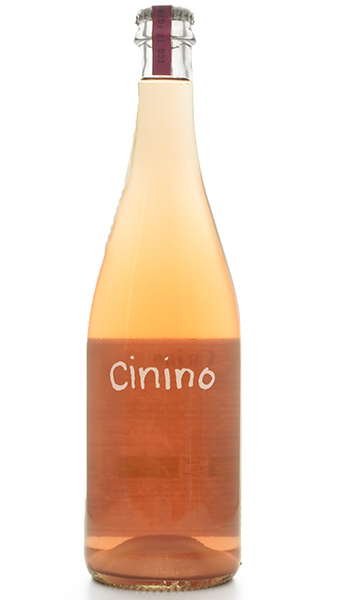 Cinino, or “young child”, is certainly the most rambunctious of the group!  The purest of strawberry juice on the palate, but some herbaceous notes on the nose that will still put you in the hills of Umbria.

From La Segreta: “A frizzy pink wine produced by metodo ancestrale (“pet-nat”). Cinino is made of 100% pure Sangiovese. After gently pressing the grapes, the run-off juice transfers into stainless steel tanks where it naturally and spontaneously begins its long journey of fermentation. After about 30 days of fermentation, we bottle the wine with a fraction of residual sugars (and yeasts) still in its body, where it very slowly completes fermentation. Naturally sparkling, you’ll see some sediment or “col fondo” in the bottle. No added sulfites” 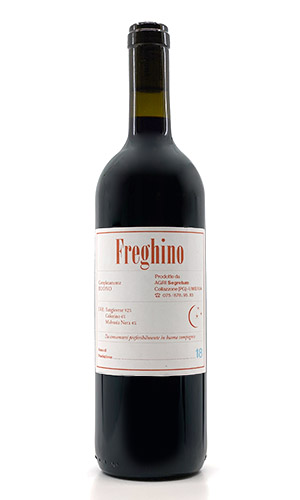 Affectionately referred to as “teenage scoundrel”, the Freghino is the youngest red wine from La Segreta.  As with all of their wines, there is still this classic, rustic, Italian red feeling here.  The wine does have bright wild red fruits and noticeable acidity, but there is this underlying grip and earthiness that makes this wine unmistakably Italian Sangiovese.

They’d suggest this as their aperitif and first pasta course wine, but this can also wait for the sausages and steaks to come off the grill.

Manual harvest, selection of only the best grapes, and a very healthy vineyard site are all a focus here.  Compared to three weeks of skin contact for the Pottarello, the Freghino is on the skins for 12 days. The wines will undergo “follatura” or manual punch down, in order to extract the right amount of color and tannin from the grapes.  There’s about 9 months in French oak before another 6 in steel and then release. 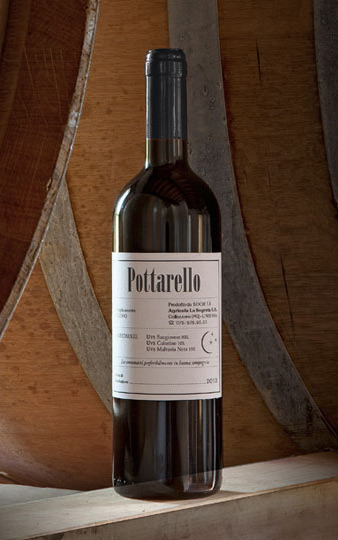 This is the little brother to the Marmocchio, with Pottarello translating to “little boy”.  A bit more approachable right away than the Marmocchio, the Pottarello still has great grip along with dark cherry and concentrated earthy notes.

This is certainly a great pair for grilled meat, but has more versatility, great with pizza, ragu, pork chops.

All grapes are picked and sorted by hand. The wine will spontaneously ferment in stainless steel, with manual racking a few times per day.  The wine will then spend 9 months between tonneaux and smaller barrique before resting in steel and eventual bottling. 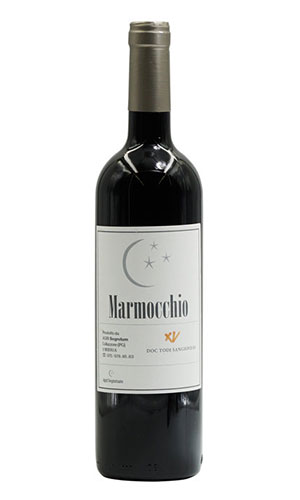 Marmocchio translated to “rascal” in Italian and I couldn’t think of a better suited name for this wine. This is a big boy that only time can tame but a fun look into the way Umbrian’s have traditionally enjoyed their red wines: big and bold. Think of a lazy lunch on a winter Sunday in Orvieto or Todi munching on some wild boar ragu and enjoying a bottle of this.

This is a sunday gravy type wine. Thing ragu’s, long cooked roasts or of course, steak.

The Sagrantino and Sangiovese Grosso ripen at different points so they will be harvested and ferment separately. All in all it’s a total of at least 30 days of fermentation/skin contact for each. They perform punch down three times a day for optimal extraction. After fermentation, the wine ages in tonneaux (500L) for 18 months, before spending at least another 15 months in the bottle.

Headed to Italy? Stay in one of La Segreta’s beautiful farmhouses!

Or schedule a wine tasting at the vineyard!