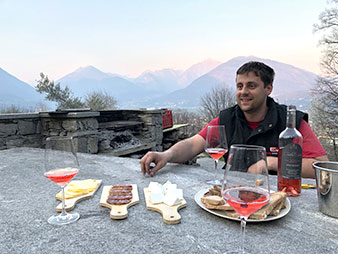 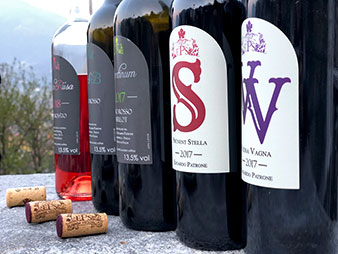 The unexpected visit to meet Edoardo and his wife Stella in early 2019 was arguable the most surprising and rewarding winery visit of the year for Kelsey & I. First off, Kelsey was six months pregnant and thus we were trying to keep things simple and not push the envelope (which is not easy for me to do). Edoardo had come across my plate when researching the extremely unknown production area of Domodossola, essentially on the Swiss border.

Moreso than anything else I wanted to take a drive to an area I’ve yet to explore. Kelsey was feeling up for it after a lovely visit to the gardens at the Villa Taranto on Lago Maggiore about a half hour from Domodossola. I called Edoardo that morning and said I’d love to meet him and learn more about what he’s doing.

We arrived around 4:00 to a world surrounded by mountains where heroic winemaking is on full display. There we were happily greeted by Edoardo and Stella whose tiny winery was built into (ask edoardo to remind me what that building was before) the mountainside with a half a hectare of vines hanging on for dear life.

Edoardo started making wine in 2016 after a few harvests in Australia and four years in Barolo learning how to make wine. It was his time in Australia that gave him time to reflect on just how lucky he was to be from such a unique winemaking region. His time there, along with the encouragement of Stella who he met while living abroad, is all he needed to take the leap.

Amazingly Domodossola and the the Ossola valley have 700 years of winemaking history but yet at present there are just one or two other wineries making wine commercially – most of which is produced by those who come to stay here in the moutains at the various agriturismi for a few days. Edoardo’s jaunt into serious, natural winemaking is something unique to the valley.

His approach is one that I respect greatly as he plans to work with the varietals that have always been grown here, which is insists include Merlot, as well as Prunent – a Nebbiolo biotype – grown here for centuries, Barbera, Dolcetto, Vespolina, and the list goes on. In fact, his blend PSP is a celebration of this grape diversity as it’s a field blend of up to 13 grapes. The vineyard this comes from (confirm age) has been planted this way forever and thus Edoardo wanted to leave things the way they are.

Edoardo is a smart kid and based on the fact that he’s studied winemaking and worked around the globe (particularly in Australia where you could argue wine is maybe made more in the cellar than the vineyard) he is making wines the old fashioned “natural” way w/ a hand from modern technology. He believes in temperature controlled fermentations and swears by a piedi cuve as far as a native yeast starter. He also keeps a careful eye on the wines and is not afraid to rack when necessary, often an excuse in natural winemaking that can yield defects. 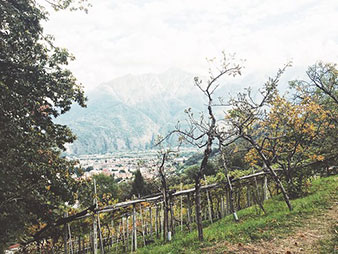 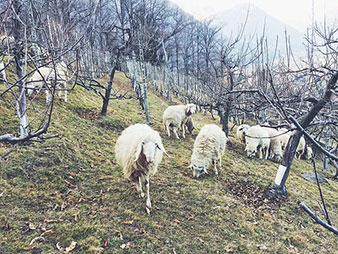 The Ossola valley is one where vineyards lie at an average of about 500 meters, surrounded by stunning mountains. It is located almost an hour North of the villages of Alto Piemonte like Ghemme, Boca etc. The weather is much more extreme in comparison. The biggest difference is that in the Alto Piemonte villages cold air can just pass through whereas in the Ossola valley it gets stuck in between all the large peaks (some as high as 2,000 meters).

The typical training method is called “Topia” a type of pergola system that spring from terraces built into the mountainsides. This pergola keeps grapes out of reach of animals, which run wild in the part of Italy. It also helps limit the affects of frost on many of the grapes grown here. In Edoardo’s mind this is the best training system for Nebbiolo. Given the amount of snow here, even on warm vintages, there is generally plenty of water. In fact, Edoardo stressed how much water plays an important role for the valley and it’s one of their most important local currencies.

I admire Edoardo’s project most for work he is doing to maintain many old vineyards in the valley that were otherwise going to be left for dead. As I noted there is one principle producer in town and from what Edoardo calculates, upwards of 75 independent farmers who sell fruit to this producer. The majority of these farmers are tending to a quarter of a hectare or less with obviously limited financial reward for doing so. Many of these folks are getting up in their years and thus are beginning to consider abandoning their vineyards and the next generations in their families have little desire to do the hard work necessary to keep things going. Enter Edoardo who is either purchasing or renting these vineyards, most of which are 50+ years old, from these farmers.

In fact, the first vineyard he came into comes from a trip he took to the bank in town to get financing for his project. That morning, an older gentleman came into the bank frantically asking for help as his wife was on his case to sell his vineyards or just get it over with and rip up his vines. He was asking the bank to help him find a buyer and low and behold 4 hours later Edoardo walked into his first vineyard in the Valle d’Ossola.

In total there are 7 different sites throughout the valley with different expositions and different varietals. One vineard was home to 20 different grape varietals on only about a quarter hectare. The wines Edoardo makes are made to maintain this history! 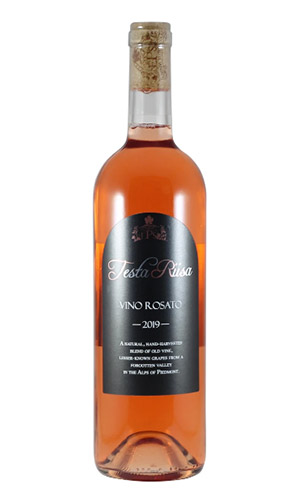 This wine is named “red head’ for Edoardo’s friend who helps him to harvest this vineyard. It’s got plenty of fire like his red headed pal with plenty of structure, a touch of tannin from the Nebbiolo and plenty of depth. This is a rose for those who want  wine to go with their meal!

This is rose with structure, thus a food wine. It’s great with finger food and can stand up to grilled fish, like striped bass, or grilled chicken. The wines acidity makes it a great pairing to a fresh summery pasta with fresh heirloom or cherry tomatoes.

This a a product of 3 hours of skin contact before fermentation. It will ferment on native yeasts in stainless steel under temperature control. Temp. control assures Edoardo that he will extract what he wants aromatically. The wine then ages in stainlees steel with three months on the lees before being removed. It is bottled in April. 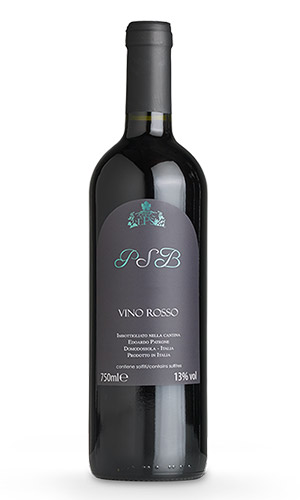 This is Edoardo’s true field blend coming from a mix of 3 different sites that Edoardo has helped maintain. It’s a good portion of Nebbiolo and Merot w/ Vespolina, Uva Rara, Rosolina, Negrun, Dolcetto..and the list goes on. His objective is for this wine to be a collection of fruit from these vineyards just the way he found them. It feels like a true alpine wine with some tart, bright fruit and a smooth, easy drinking texture.

This is a natural salumi wine for sure but I’ve also really enjoyed it with pastas with meat sauces, grilled meats and even spicier fare like indian as the tannins are limited.

There are two separate harvests with Merlot & Dolcetto being the drivers for pick dates. He collects whatever fruit is nearly ripe around these two points, which can be 2/3 weeks apart. He ferments each picking group separately on native yeasts in stainless steel. He does control the temperature in the tank, but often may not need to given how cold it can be outside here already in September.

The two separate harvests eventually come together in stainless steel and age there for close to 8 months before bottling. He uses a paper filter to filter out larger solids. 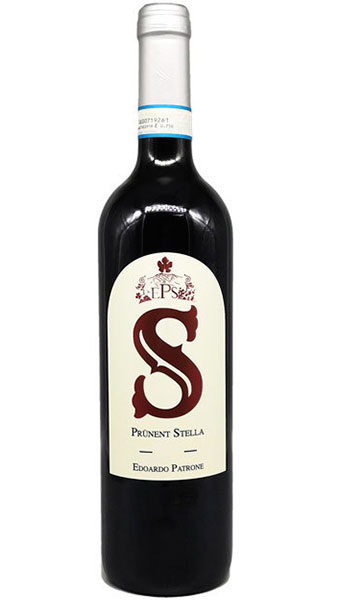 Named for Edoardo’s wife Stella this is a really unique expression of Nebbiolo, or the local biotype Prunent. We are almost 45 minutes north of Alto Piemonte and truly surrounded by mountains so you won’t get the tannin you get from Ghemme or Boca but more freshness and fruit like you’d expect from a great Langhe Nebbiolo. The Nebbiolo here is maybe more about Cranberry and tart fruit than the Raspberries and Strawberries one might be used to.

Roast duck or leg of lamb.

This is the fruit Edoardo will pick as the days start getting colder and shorter. This wine undergoes a partial carbonic maceration (a trick he learned in Australia) where the first third of the tank is filled with whole clusters and all and the rest of the destemmed fruit is thrown on top of it in the fermentation tank. This ferments on native yeasts with pump over up until a few days before fermentation ends.

This wine ages for 6 months in Austrian Oak with a portion also in steel. It is not filtered before bottling.