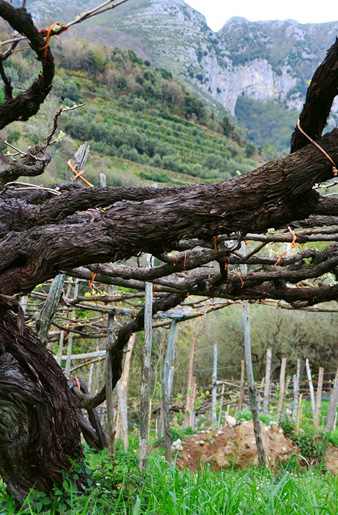 If you have had the pleasure of visiting the stunning Amalfi Coast, I am sure you are still having dreams about its beauty. Most who visit there spend time in Amalfi and Positano, and probably take a boat ride to Capri. There is nothing wrong with that itinerary, but the Amalfi Coast also offers several hidden treasures.

One of these is located only 8 km away, heading up a windy road through incredibly intense terrain that starts from the coastal village of Maiori. The road twists and turns more than an Italian soap opera, making its way through beautiful terraced lemon groves up to about 500 meters. The road eventually leads to Tramonti, a modest village home to a few hundred people.  If you fell asleep during the car ride, you might think you had woken up in Piedmont. A shimmer of the Amalfi coast way down the mountain has you realizing that you have not yet left Campania. You haven’t gone too far, but it sure is chillier than the beach you were just on back down in Maiori.

Tramonti is a living and breathing wine museum. Here you find a half dozen dedicated producers who make wine on free standing vines planted on their own root stock, some as old as 250 years. At Reale, run by brothers Gigino and Gaetano, their vines average about 100 years in age, and they are free standing, like trees! In fact, these vines are trained in the tendone style, forming a canopy at about my height (5’8’’ on a good day!). These “trees” are big enough to bear hug and old enough to produce some incredibly concentrated fruit.

How have they survived so long? Being in the strike zone of Mount Vesuvius, eruptions have helped to create a terrain full of volcanic ash. These volcanic soils are resistant to disease like phylloxera, which wiped out many vineyards at the turn of the 20th century. Thus, these free standing giants were free to continue living and were not killed off. Most vineyards in Italy were forced to adapt to training their vines to American rootstock that was resistant to phylloxera. This is why finding regions that escaped this disease is very rare in Italy and France, and we generally have more recent plantings of vines.

What do you produce in Tramonti? Besides being a living museum, this region is also unique for the varietals native to this tiny production zone. On the red side they grow Per’ É Palammo (Piedirosso) and Tintore. The whites exclusive to Tramonti are Biancolella and Pepella. They also grow Falanghina, known locally as Biancazitta.

Tramonti is also a region world famous for pizzaioli (Italian for the guy who makes your pizza) which is amazing for such a small town. It’s a training ground for some of the most famous pizzaioli in Italy, NYC and other parts of the world. In fact, at Osteria Reale, you can taste some of the best pizza in Campania. Beyond making wine from ancient vines, Gigino and Gaetano run a fantastic restaurant and B&B. 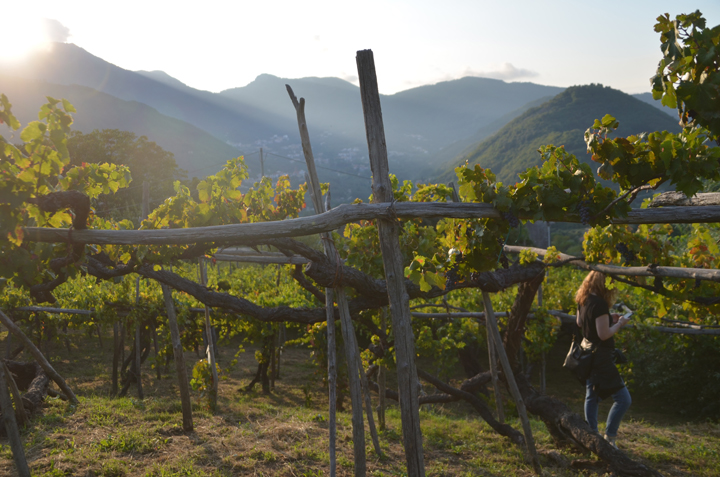 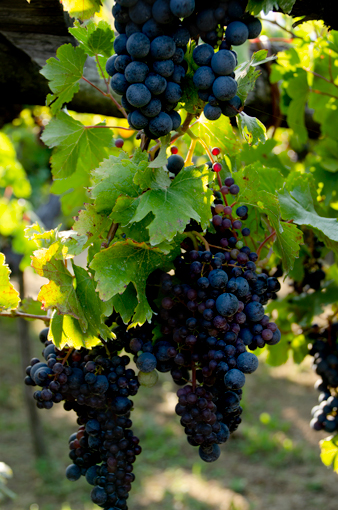 At Reale, what you see is what you get. Gigino and Gaetano run the show and produce 5 wines with a total production of around 25,000 bottles. They make wine in the tiniest of cellars and are a certified organic winery. Even if they wanted to use more modern techniques in their vineyards it wouldn’t be possible! The wines grow within an incredible array of plant life in an ecosystem of seemingly perfect balance where you find beautiful flowers, grass and weed growing to knee height at times. At the center of it all, these mammoth vines that are somehow able to produce fantastic fruit year after year despite their age. 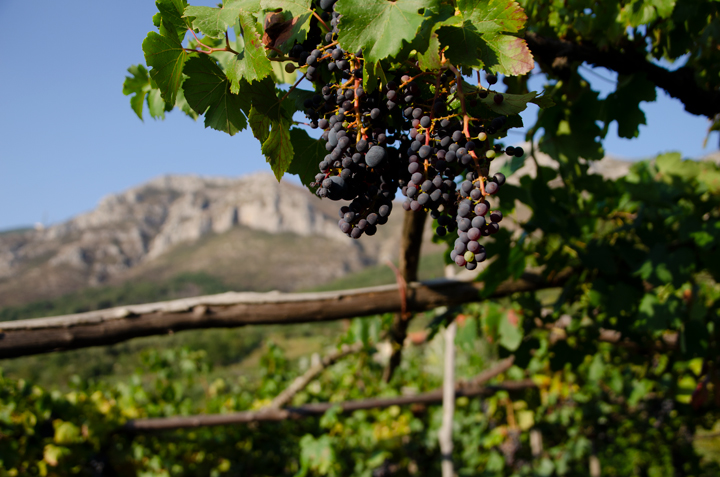 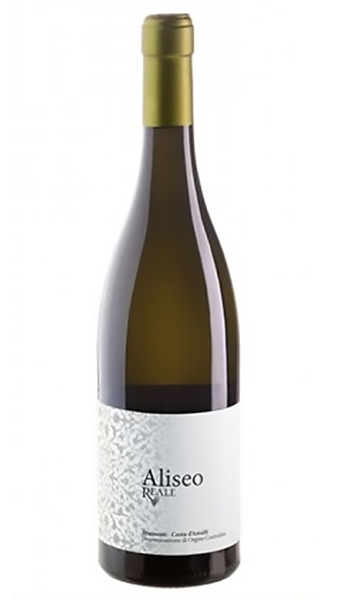 Aliseo is the name of the wind that brings good weather to the Amalfi. This wine has a serious side, with enough acidity that ensures one of aging potential. Fresh flowers and an almost earthy, herbaceous note are present on the nose. The wine is dry with great structure.

Grapes are harvested by hand from 100 plus year old vines. As one can imagine, yields are incredibly low. The three grapes are harvested together and will ferment with their whole clusters (no destemming). From here about 20% of the wine will age in French Oak that the Reale brothers purchase (used) directly from Burgundy. This 20% will undergo malolactic fermentation in the oak barrels. The remaining 80% ages in stainless steel on the fine lees. In both cases there is very little battonage occurring with this wine. Eventually the wine is assembled together in stainless steel where is will spend a month before bottling. 2400 bottles produced!! 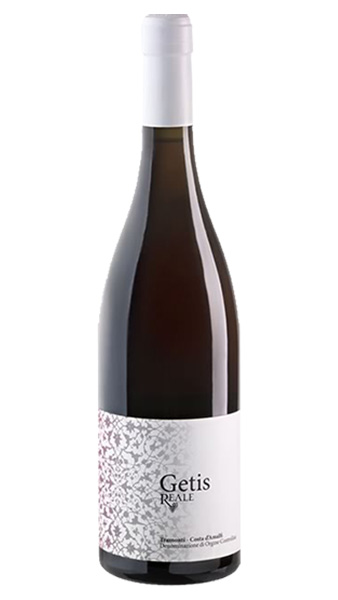 A rose from the ancient Tintore and Piedirosso varietals. Winner of the 2014 Oscar of Wine from Bibenda.

Grapes are grown at 500 meters from 100 plus year old, free standing vines! This wine is hearty, probably from the Tintore. Notes of flowers are apparent with raspberries, blackberries, pomegranate and of course lemon peel (it is from the Amalfi coast after all!). This wine is so fresh it’s really incredible. It also has structure, character, minerality and quite a long finish.

Fish
Grilled meats
Pizza
Pasta
This is one wine you can drink with nearly everything from land and sea.

The Piedirosso will spend 12 hours or so on the skins, whereas the Tintore will be pressed immediately after harvest. If you are familiar with the Cardamone you will know why. Tintore produces very dark colored wines, and even with an immediate press, it contributes color to this rose. The wine will age for 4 months in stainless steel after spontaneous fermentation. 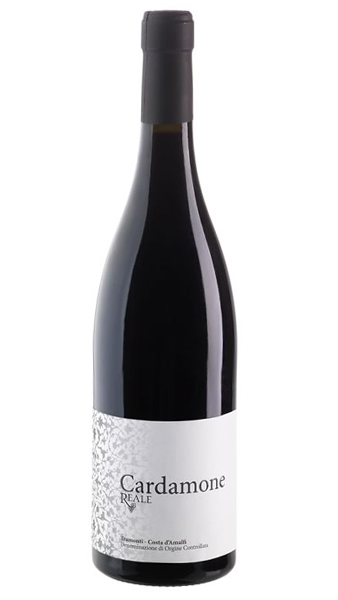 The Tintore is known for a very dark purple-red color. Notes of plum and dark fruits, very fresh, a rarity for the heat in Campania. This is of course where the cooler temperatures and elevation come into play. There is also spice, black pepper, and a chewiness to the wine. Medium bodied with light tannins. The wine finishes long.

Pizza, Salami, light enough for a fish stew but heavy enough to pair with pork tenderloin. Best suited for delicate game like duck.

Grapes are harvested by hand. Fermentation is naturally occurring and maceration on the skins lasts up to 10 days. The wine will then age for 10 months with some time spent in stainless steel before going into 400L barrels of French Oak. The wine spends a year in the bottle before release. 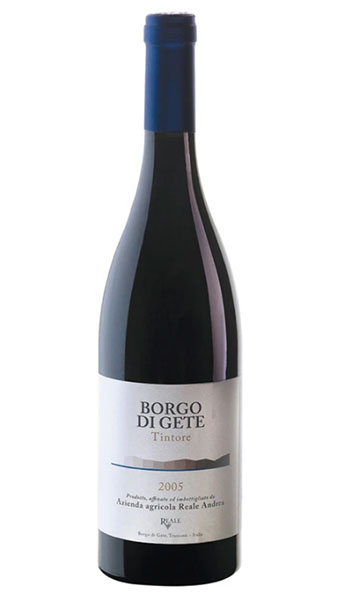 Perhaps one of the most unique wines in our portfolio, the Borgo di Gete is 100% Tintore coming from vines planted in the 1920s.  Tintore is hard to come by outside of Tramonti, but it generally leads to a true Campania red, dry, spicy, bold, but with fascinating dense and chewy plum fruit, with lots of fennel and other herbs.  Decant and save for your meat course, only 1,600 bottles made of this truly unique wine.

Roasts would be ideal, followed by aged cheeses for dessert

Grapes are picked from their pergola vineyards in early November, as this region stays cool in the hills.  Maceration of this very dark skinned grape for about 15 days, and after fermentation, the wine will age in French oak for about 18 months.

TELL ME MORE!
Go to Top