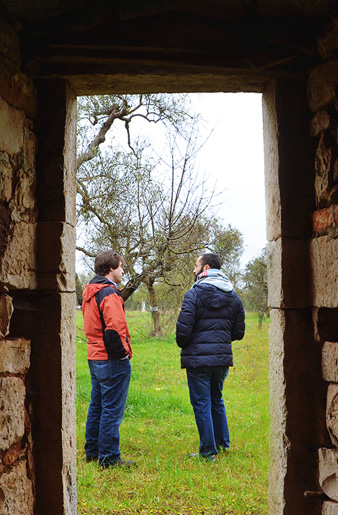 Fabio Pietrogiovanni is a very young winemaker who is taking on the giants in Puglia. His quest is to produce a more elegant, interesting wine from “the heel” of Italy.

After working in Milan in finance for a few years, Fabio knew that he was not cut out for such a life and decided to return home to Puglia to start this very ambitious project. After months of searching, Fabio settled on a few vineyard sites in 2008, eventually producing his first wine in 2010. He settled in an unknown production zone called the Gioia del Colle, located 30 minutes from the capital city of Bari. It is here where the name of his winery comes from. Within the Gioia del Colle he grows his Primitivo and native white varietal, Minutolo, on a soil that is full of stone. Pietre – Giovani in Italian literally mean “young stones” which is a play on his last name Pietrogiovanni and is of course very fitting given his vineyard site. These stones are everywhere, and vines have to work their way down a few meters to find a clay-like substrate.

I discovered Fabio’s wines while I was living in Italy, and I had the luxury of tasting his first ever wine, his Negroamaro 2010, for the several years following its release. Studying the evolution of wines is always important, but particularly for the first time around! In the summer of 2015, that wine landed here in Boston and is a wine still full of life and ready to reach it’s potential.

Fabio is a tiny producer, producing close to 8,000 bottles in total of Negroamaro, Primitivo and Minutolo. I admire him for many reasons, but most of all for the style of wines he hopes to produce. Puglia is the land of sun and Italy’s flattest region. For that reason, big cooperatives have dominated for years, producing international wines full of fruit and often over-oaked. Fabio works with very low yields and prefers to harvest on the earlier side before the sun truly cooks his grapes. For this reason, he arrives at wines with higher levels of acidity that promise a long life. His wines are also more drinkable, have fruit that complements the other qualities of the wines, and are immediately more food friendly. 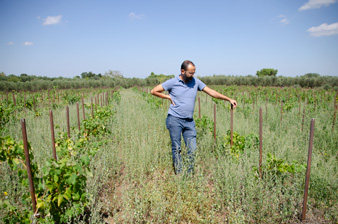 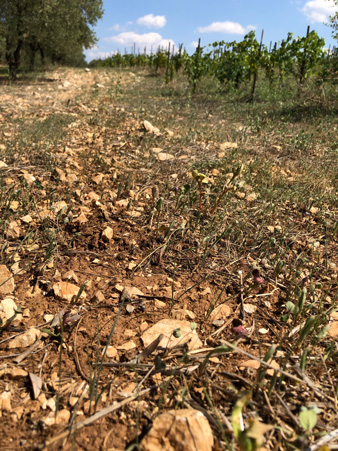 Fabio’s choice to plant vines in the unknown Gioia del Colle was also a very bold choice. It is very easy to produce Primitivo further down the heel in Manduria in a certain simple style like so many other producers. Yet he chose a terroir that is uniquely full of stone and located at about 400 meters of elevation, which is some of the highest you will find in Puglia. Elevation simply doesn’t exist in this region, an anomaly for Italy. He planted Primitivo and Minutolo in two different sites in this region in 2008-2009, both are around an hectare in size. Tasting his 2012 Primitivo is a true joy knowing that such great and interesting wine can come from vines that are just a few years young. This is often a misnomer in winemaking, as it is often said that good wine can only can from older vines. What is more important is the hand that is producing the wines, the yields they use and care they take in their vineyard.

His Negroamaro, on the other hand, grows further south in the Salento, and is a tiny ¾ hectare property with 35 year old vines. The vines are grown short and trained via the Albarello system, a classic vine training method of the region. These vines are free standing and look like low lying bushes. They produce a few clusters of fruit, if you are lucky. He purchased this vineyard along with the help of his enologist in 2008. Amazingly, all these decisions were made without any prior knowledge of the wine industry, besides cramming in some winemaking and tasting courses before he started production. Fabio is just figuring it out as he goes, much like I have gone about things with my business here. Crazy or admirable? Who cares if it’s working! 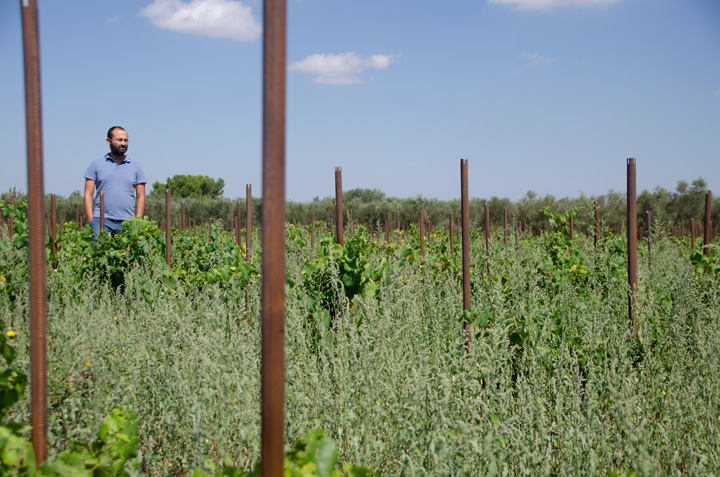 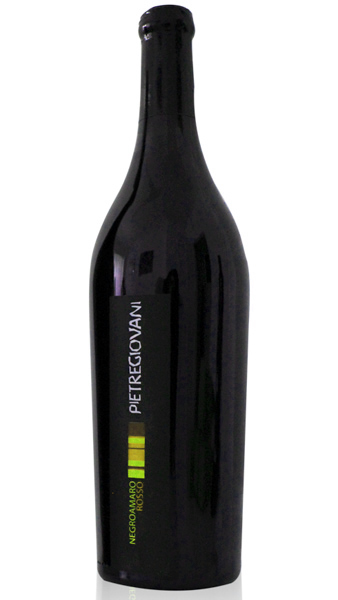 A wine rarely found outside Puglia, Fiano Minutolo has had a long, confusing history.  Having been in the area for over 800 years, the name has jumped from Minutolo, to Fiano Minutolo, and currently settling on Fiano.  That being said, the grape is more genetically similar to Moscato rather than Fiano di Avellino!  You’ll notice all of that bright citrus and white flowers on the nose, but there is a nice balance and round texture to such an aromatic grape.

The grapes are harvested from Fabio’s stony soil, a key component to maintain balance here in the heat of Puglia.  A soft press and aging in stainless steel before release. 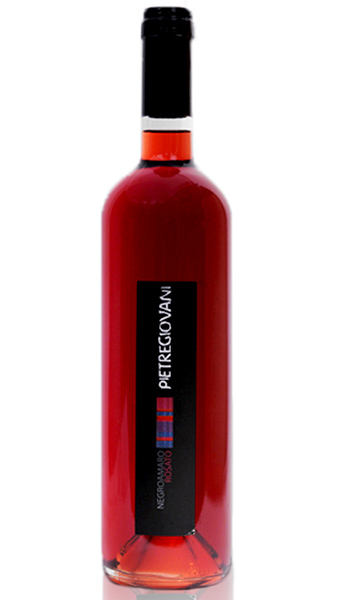 A wine offering many dimensions, this is one of our more expressive roses. Lead by a minerality and softness, the wine finishes with texture and smokiness on the finish. Notes of black cherry, spice, and that smoke make for an intriguing rose.

Fabio recommends pairing with literally anything, and we agree! The complexity to pair with aged cheeses and cured meats, but the minerality to work with ceviche or striped bass.

Albarello vines keep the grapes shaded and protected from the sun to maintain freshness. Hand harvested and fermentation in steel tanks before release. 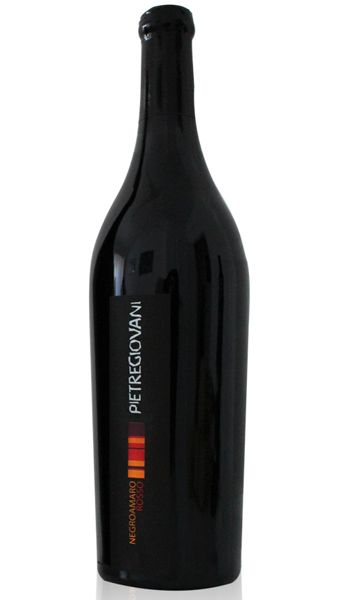 The property’s first wine. The acid is proof that this wine has still yet to reach its peak. Negromaro does not have high levels of acid, but because of the hard work in the vineyard, Fabio has maintained it.

Negroamaro can overwhelm you with fruit at times. Here you get notes of red fruit that are well integrated into the wine. The characteristic note of baking spice that makes Negroamaro unique compliments the fruit and is present throughout the wine. This wine lingers and finishes so well. There is a typical “amaro”, or bitter, finish that is characteristic of the grape. The structure can sneak up on you, but the beauty is that one can argue whether or not this is a summer or winter wine long after the bottle has already been finished.

This is great with a meat & cheese spread. It is also a friendly companion to pizza and hearty pasta dishes. Pork chops and roasted meats too!

The wine is fermented with selected yeasts. Unlike a lot of Negroamaro, this wine will see only stainless steel. A year in the bottle is also crucial before release. 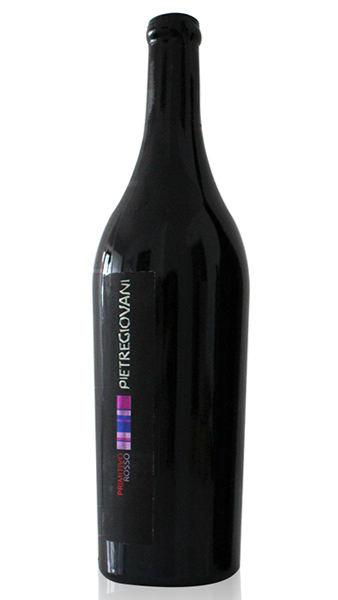 A Primitivo that expresses the intensity of Puglia while maintaining freshness. Rockier soils and slight elevations lead to a fresh Primitivo, with hints of spice, bright red fruit, and an earthy finish with grainy tannins.

Hand harvested in September, 5% of the juice well spend time in newer oak to give some structure, the rest in stainless steel to maintain aroma. The wine will spend a year in the bottle before its release.